On an auspicious day in early October, the ceremony for Laying of the Foundation Stone was performed in the city center of Erfurt, Germany.  Erfurt is the capital of the state of Thuringia close to the center point (Brahmasthan) of all of Germany. 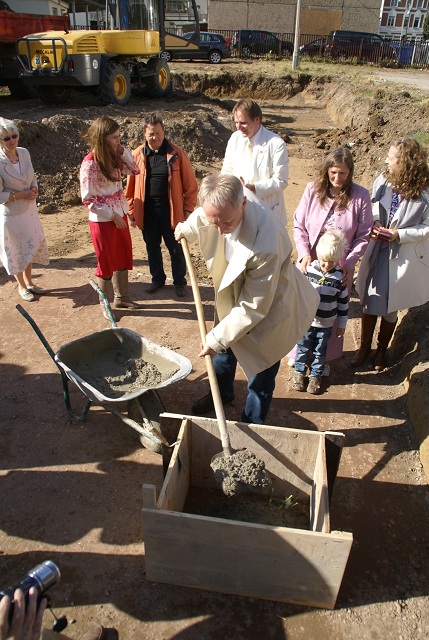 This will be the first city Peace Palace in all of Europe to be constructed in full accord with the principles of Maharishi Vedic architecture. Construction on the building will utilize the MERU Master Builder system of natural, self-insulating cast wall panels which also incorporate the traditional vedic elements of ornamentation- plinth, pilasters, arches and entablatures.

Some time back, Maharishi began using the term Peace Palace to designate a building that would stand for many generations as the lighthouse and guardian of Vedic knowledge for the surrounding area.

The ceremony was attended by close to 50 people from all over Germany and neighboring Switzerland with congratulations coming from all over the continent. In addition to laying of the foundation stone, there was a flag raising as well as a celebration with comments and background on the construction plans by the architect. 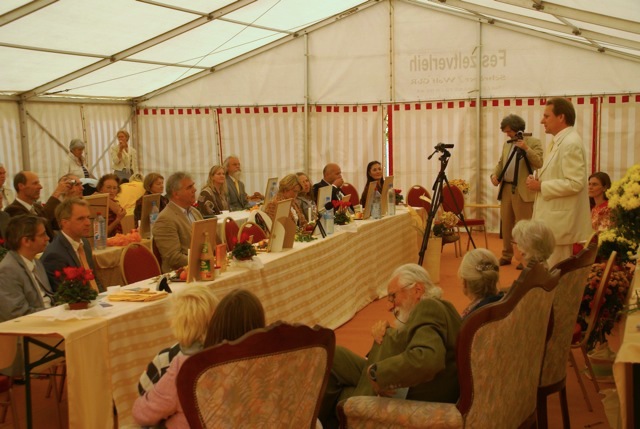 Two days prior to the ceremony, the construction company began the foundation work which is now nearing completion.